What it means to be queer has become a frequent discussion not only among my students but also among my peers who had long ago embraced LGBT identities. Reclaiming the term “queer” from the realm of pejoratives, which had once signified the right to and pride in living lives unfettered from heteronormativity, suddenly held new possibilities, particularly in the context of a tide driving LGBT people into normalcy. While no one regretted the demise of Don’t Ask Don’t Tell or the Defense of Marriage Act, the prospect of a new normativity raised issues about the desirability of that status.

In a Spring 2013 course I taught at Parsons called “Homonormativity and the American Ideal,” art historian and artist Catherine Lord visited my class, to speak about “To Whom It May Concern…”a site-specific installation she had created at the One Archives in Los Angeles. That project focused on dedication pages in the books the archive had collected. She talked about the color of the pages, the typeface, the bleeding print, the telegraphing of indecipherable massages that conveyed biography, politics, intentions, passions, fears, and other qualities. She talked about the power and “queerness” of those pieces of paper. Often those pages were not only different in design and content from the rest of the book, they possessed an autonomy that often inflected readings of the texts that followed. It was about that time that I began thinking about grounding future queer as a project would de-stabilize the ways in which we see our environment, and foreground approaches that demand, in some cases, attention to the details of the worlds they critique and the visions they present; in others an openness to the spirits they embody.

The works on view in grounding future queer represent a mining of The New School Art Collection for works by artists whose work and lived experience present options to heterosexual norms. From more than a two thousand works in The New School Art Collection, spanning a period of 85 years, these works were made by an international group of practitioners between the period 1929 to 2012 who have experienced changing political circumstances and cultural responses to issues pertaining to sexuality and gender.

The works run the gamut from the 1929 allegorical work of Russian émigré Pavel Tchelitchew to the 2012 work of Aziz & Cucher responding to the complexities of their responses to turmoil in the Middle East, from the minimalist image of a poem about a young man’s abuse by John Giorno to works by Frank Moore, David Wojnarowicz and Ross Bleckner that are direct responses to the devastation of the AIDS epidemic, from the work of Joan Snyder who calls out the names of Biblical women to a photograph by Catherine Opie recording performance artist Ron Athey creating scarification on the back of Divinity Fudge (a.k.a. Darryl Carlton.) Together, they lay bare the contradictions and ambiguities of defining queer experience while simultaneously peeling away the assumptions that underlie our world.

This blog has been created to provide an ongoing context for discussion of the individual works in grounding future queer as well as other related works in The New School Art Collection. Please contribute any thoughts you have about the ways in which these works inform our understanding of queer culture as well as any information you might have about these works. 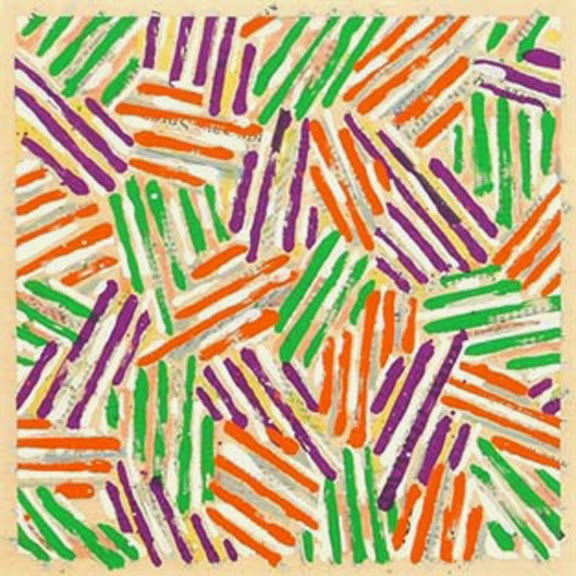